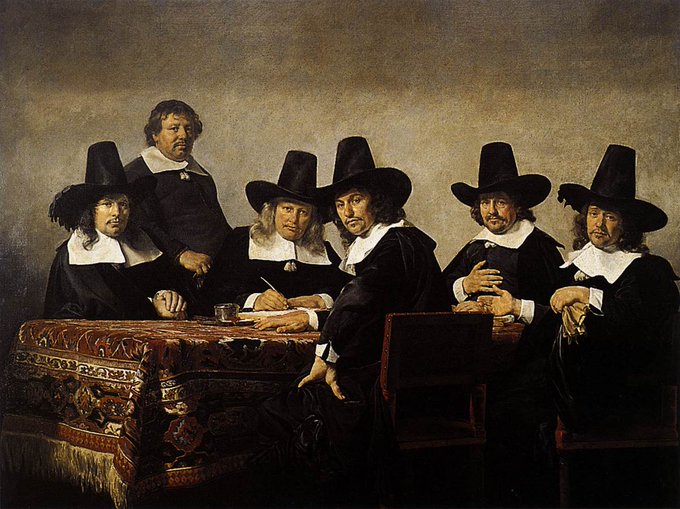 Both ideological and historical myths are a product of immediate class interests.  These myths may be refuted by restoring historical truth—the honest presentation of facts and tendencies of the past.—Vadim Z. Rogovin

“Tell me anyway–Maybe I can find the truth by comparing the lies.”

This groundbreaking book adds significantly to the arsenal of Marxist works that have utilised the historical materialist method in examing complex historical questions. This collection of essays and interviews represents the most consistent and sustained attack on the New York Times 1619 Project, released in August 2019. The book’s publication is a significant political and intellectual event

The 1619 project denounced two seminal events in American history: the 1776 revolution that founded the United States and the Civil War of 1861–65. In its place, the New York Times put forward a completely new revisionist narrative that stipulated that the rebellion against Britain was a counterrevolution instigated to defend slavery and that the union forces in the Civil War were led by a president, Abraham Lincoln, who was a racist.

The lead writer and Project founder Times journalist Nikole Hannah-Jones said, “Our democracy’s founding ideals were false when they were written. Black Americans have fought to make them true”. For this piece of deep insight, the author was awarded a Pulitzer Prize for commentary. Hannah-Jones made the preposterous claim that anti-black racism “runs in the very DNA of this country”.

As you would expect from a work published by Mehring books, this collection of essays and lectures is based on meticulous research. It thoroughly discredits the 1619 Project’s lies and distortions.

One question to book seeks to answer is why would the Times lie. As Leon Trotsky once pointed out the that when one lies about history, it is done to conceal real social contradictions. The Times project was released amidst truly staggering levels of social inequality produced by capitalism. As one writer wrote, “These contradictions can be resolved on a progressive basis only through the methods of class struggle. Efforts to divert and sabotage that struggle by dissolving class identity into the miasma of racial identity lead inexorably in the direction of fascism”.[1]

Contained in the book are interviews with the most renowned scholars and specialists in the history of the American Revolution, the Civil War, and the civil rights movement of the 1960s — Gordon Wood, James M. McPherson, James Oakes, Victoria Bynum, Richard Carwardine, Clayborne Carson, Adolph Reed Jr., and Dolores Janiewski. Subjects examined are the “complex development of slavery in the New World, the American Revolution, the sectional crisis over slavery and the Civil War, the struggle for social equality in the twentieth century, and the class politics of racial identity in the present”.

The most disturbing feature of the Times revisionist project was not so much what it contained, which was easily refuted, but the fact that it was left to the Trotskyist movement and the World Socialist Website(WSWS) to attack this abomination of historical falsehood. The Attack by the WSWS drew immediate media attention and very quickly seriously undermined the whole 1619 project. As one writer put it, it destroyed the Times “new historical narrative” and exposed it as a money-making venture.

In reading this book and its sustained attack on the 1619 project, it is not hard to understand why the stand taken by the WSWS and several leading Historians has altered the political and “intellectual terrain”. It has destroyed the 1619 project. It has provided a textbook Marxist approach and has implemented a historical materialist method of historical investigation. One also has to admire the bravery of the historians that collaborated with the WSWS. These historians had “strong reservations about important aspects of the 1619 Project” and were “dismayed at some of the factual errors in the project and the closed process behind it.” It is one thing for a Marxist to launch a polemical attack. After all, it is in their DNA. It is another for world-renowned historians to put their life’s work on the line by defending historical truth.

The stand taken by the WSWS and these leading historian has encouraged others to enter the field of battle. One notable book has been Peter W Wood’s book 1620. Peter.W.Wood’s book is a very useful critique of the New York Times 1619 Project. It has been described as historiography of the debates over the 1619 Project. The Times basic premise is to reset American history by “asserting that all the laws, material gains, and cultural achievements of Americans are rooted in the exploitation of African-Americans”.

To his credit, Woods does not buy into this absurd and dangerously wrong assumption. The book is an attempt, to sum up what critiques of the Project have written. While many of the most important historians who have written on the subject have published articles and letters opposing the Times, the political leadership in this fight against this travesty of historical study has fallen to the Trotskyist’s at the World Socialist Website. While semi acknowledging this in the book, Wood’s is not happy that it was the Trotskyists who first exposed this racialist and revisionist approach to American history. The fact that the Times project has been so discredited is down to the role played by the Marxists.

As the Marxist writer David North correctly points out, “As a business venture, the 1619 Project clambers on, but as an effort at historical revision, it has been, to a great extent, discredited. This outcome is owed in large measure to the intervention of the World Socialist Web Site, with the support of several distinguished and courageous historians, which exposed the 1619 Project for what it is: a combination of shoddy journalism, careless and dishonest research, and a false, politically-motivated narrative that makes racism and racial conflict the central driving forces of American history”.

In his book, Wood opposes the 1619 project and offers a different starting point for modern American history, which is when the first pilgrims set foot in America in the 1620s. The political and historical study of the pilgrims is a worthwhile subject. To some degree, Wood’s has a case in point, but American history has many such starting points. Most historians seem to stick with the Declaration of Independence in 1776 as America’s founding.

Wood’s book is one of the better critiques of the 1619 project, but it does not probe the politics behind 1619. As David North points out, “The “financialisation” of the Times has proceeded alongside another critical determinant of the newspaper’s selection of issues to be publicised and promoted: that is, its central role in the formulation and aggressive marketing of the policies of the Democratic Party. This process has served to obliterate the always tenuous boundary lines between objective reporting and sheer propaganda. The consequences of the Times’ financial and political evolution have found a particularly reactionary expression in the 1619 Project. Led by Ms Nikole Hannah-Jones and New York Times Magazine editor Jake Silverstein, the 1619 Project was developed to provide the Democratic Party with a historical narrative that legitimised its efforts to develop an electoral constituency based on the promotion of racial politics. Assisting the Democratic Party’s decades-long efforts to disassociate itself from its identification with the social welfare liberalism of the New Deal to Great Society era, the 1619 Project, by prioritising racial conflict, marginalises, and even eliminates, class conflict as a notable factor in history and politics”.[2]

Given that the Trotskyists from the WSWS have led the political and historical fight against the Times deeply right-wing and revisionist historical viewpoint, it is perhaps not surprising that the WSWS has come under sustained attack from not only conservative sources but has been attacked by several Stalinist and Pseudo left individuals and organisations.

One of the more stupid and ignorant attacks came from the predictable Louis Proyect, who wrote,” Indeed, nobody has published more “Trotskyist polemics” than them, as long as you are using the term Trotskyist without regard for what Trotsky stood for. An examination of the record will place Trotsky firmly in the Project 1619 camp. When Trotsky was living in Prinkipo, an island near Istanbul, in 1933, he met with Arne Swabeck (who coincidentally was one of the talking heads in Warren Beatty’s “Reds”). Swabeck asked, “How must we view the position of the American Negro: As a national minority or as a racial minority?” Trotsky’s reply probably would have made both Wilentz and his friends at WSWS beet-red with fury. He urged his comrades to support self-determination for Blacks even if it antagonised white workers, who were far more radical in 1933 than they are today”.[3]

Proyect has a history of right-wing attacks on the WSWS. The WSWS called him a professional liar and said, “Proyect’s blog—or should we call it blather—lacks all credibility. In his dishonesty, cynicism, and debased vulgarity, he epitomises all that is politically diseased in the milieu of American pseudo-left politics. His attack on the WSWS is the work of a man who has absolutely nothing to do with the politics, principles and culture of the Marxist movement. His blog were it correctly named, would be called “The Unrepentant Liar.”[4]

Further attacks on the WSWS have come from the Stalinists of the USA Communist Party who wrote, “Trotskyists have traditionally attacked mainstream Communists and others who have sought to construct centre-left coalitions to defeat the right, attacks that have aided the right. Here, North, London, and the World Socialist Review have acted to support a centre-right backlash against a new history of slavery, a kind of negative United Front with the liberal and conservative celebrators of U.S. history. The author and co-signers of the protest letter, whom they defend, would never put “bourgeois” in front of “democratic” to define the American Revolution. In my experience, they would do what they usually do—reject the work of those like the scholars of the 1619 Project who challenge conventional wisdom and by their rejection prevent the article’s publication in mainstream media”.[5]

This duplicity has been the trademark of the Stalinists for nearly a century. It has been exposed and refuted by the Trotskyist movement and represents a desperate attempt by the Stalinist to breathe new life into the discredited Democratic party and join forces with the various other Pseudo Left groups that have backed the Project and have attacked the WSWS.

In the past, these Pseudo left organisations would have at least paid lip service to the struggles of the working class, but now this has been replaced by an open acceptance of new forms of non working class forms of struggle. James A. Lindsay and Helen Pluckrose summarise this succinctly in this article[6] “We have moved into a new stage of history. The battles the left fought over the past half-century have largely been won. We cannot go back to focusing on miners’ rights and trade unions, or on securing equal pay for women, outlawing racial discrimination, or legalising homosexuality: we have won those wars. Much of the right support these advances now too. We have new battles to fight. These include combating climate change, securing our place on the world stage and within the global economy, and fostering cohesive multiculturalism, free from moral relativism and enforced conformity. The left now finds itself pulled in many directions at once. This is the source of its profound identity crisis”.One manifestation of this right-wing shift is the support by the Pseudo Left organisations of the 1619 racialist project.

It is hoped that The New York Times’ 1619 Project and the Racialist Falsification of History: Essays and Interviews will find a wide audience. Its essays and interviews will be of interest to all readers of American history.

It is an essential aid for all teachers and college professors, students and the general reading public to counter the Times’ blatant historical falsifications. It will also be a valuable tool in the struggle of both black and white workers in their struggle against capitalism.

[6] The Left is Having an Identity Crisis- https://areomagazine.com/2019/12/18/the-left-is-having-an-identity-crisis/